I spent all summer long in France and travelling all over Europe. I must say that so far it was the most epic journey I've ever had. For good and... bad reasons! I experienced everything an Canadian cyclist could, living on across the pond. From living in a VERY small, not fancy white apartment hidden away in a forest of France, all the way to going up some of the most beautiful, tall mountains of the world in Switzerland. It might seem like the definition of living the dream for most people, but in fact, cycling is pretty far from being glamorous. Actually I would say it's the complete opposite. Although, I can't think of something more exciting and thrilling then travelling all over the world, in the unknown, to race your bike and (especially in Europe) go way harder than you ever did! It pushes your limits, on pretty much every aspect of life. Pushing you to the edge until... You can't stand it anymore. This point is called September, otherwise known as the offseason. If, as a kid, I was bummed by the end of august because It meant the sad ending of the cycling season. Now to me there is not a greater feeling than hanging up your bike for a month and having... A NORMAL LIFE. Or somewhat "normal". What does a normal life even look like? To be honest I've been riding for so long, I don't even know if I really understand the concept. Despite my lack of experience, I will attempt to countdown the top 10 must do's of the offseason.

If you know any cyclist, you already are aware of some facts that make us really, really bad partyers. First of all, most of us are used to going to bed by 10.  The "going out until the sunrise" isn't really an option, to be honest we are most likely to call it a night around 12. "But I've got a training tomorrow man!", yep excuse # 1 - the early, or not so early training.

One thing I've noticed, there is nothing better than going out in your workout gear. Yes, I'm sure it is going to be a new trend.

So when I got asked out, I was getting ready to go in bed, had my lulu leggings on and the most comfortable whooly-Hypster-sweater. I mean, I assumed that if I was going to be out for a while I better be comfy, right? Anyways, Alex asked me, “Are you sure you are ready to go?" Of course I am! What a question... and anyways he is a guy and also a cyclist, so what does he really know about style and night life?

Out we go. One thing about the Canadian's cyclists’ off season, it's very cold. Here we are not talking about France's cold weather (0°C), Canada's weather can go down under -40°C. Most of the Montreal students have a bit of fatty isolation under their skin, but us cyclists are, lets say it, skinny as sh*t. Also, going out in the city is almost like training, I mean you walk so much! Almost a whole kilometer, it's terrible.

Time to choose. I noticed that I wasn't so good at picking the right place. Here are some little thing to look at when choosing your hangout spot:

1-The smell: The first place we attempt to go looked really cool from the outside and the name was, let's say it, really catchy "la barmacie" a French cross word for bar and drugstore. When we opened the door, Oh dear! I didn't even walk in before the smell attacked me. I mean, for a smell to disturb strong odour smeller like us cyclist, who spent most of our time training and travelling, trust me it had to be strong! It was a mix of perfume, booze and sweat! I'd never smelled something like that. I'm sure someone broke a glass of beer somewhere and the waitress wasn't swell enough to clean it! excuse my French but NON MAIS!!! So we left.

2-Restaurants are not bars, even if they look like them. Restaurants don't serve alcohol if you don't get food. That place looked cool, but when we went in the waitress told us that if weren't going to eat, something she couldn't serve us wine. What? It's so weird some people drink and eat at the same time.... Alcohol has so many calories... It's seemed like a scam to me. We left.

3- In bars people don't seat you. And, if you see a free seat, its probably already reserved (like the good seats at the movies). We walked and other 500 meters (So long) to the next bar. It was packed. I'm sure we should've called before (to get those reserved seats). Or, get there earlier like at the movies, except bars don't have trailers... Anyways a bunch of people left so we tried to grab the table, then the barmaid came and told us that the place was RESERVED! Really? Hey man, I'm not going to stay there and drink standing on my feet all night. I mean come on, I need to save my legs! We left.

At this point I was a bit bummed, going out is WAY HARDER than I thought.

After an other ten minutes of walking, we finally see a place that looks cool. It wasn't as packed, didn't smell weird and even if they did sell food there, you could drink and not eat (I knew the other place was a scam!!) we got a bottle of wine.

After a glass I was drunk. Then I started to worry about how I would feel the next day but since we don't do this that often, I got over it and took another glass! I am also glad I had decided to wear a comfortable outfit. I'm sure everyone that was starring was jealous. I could tell, they had that look 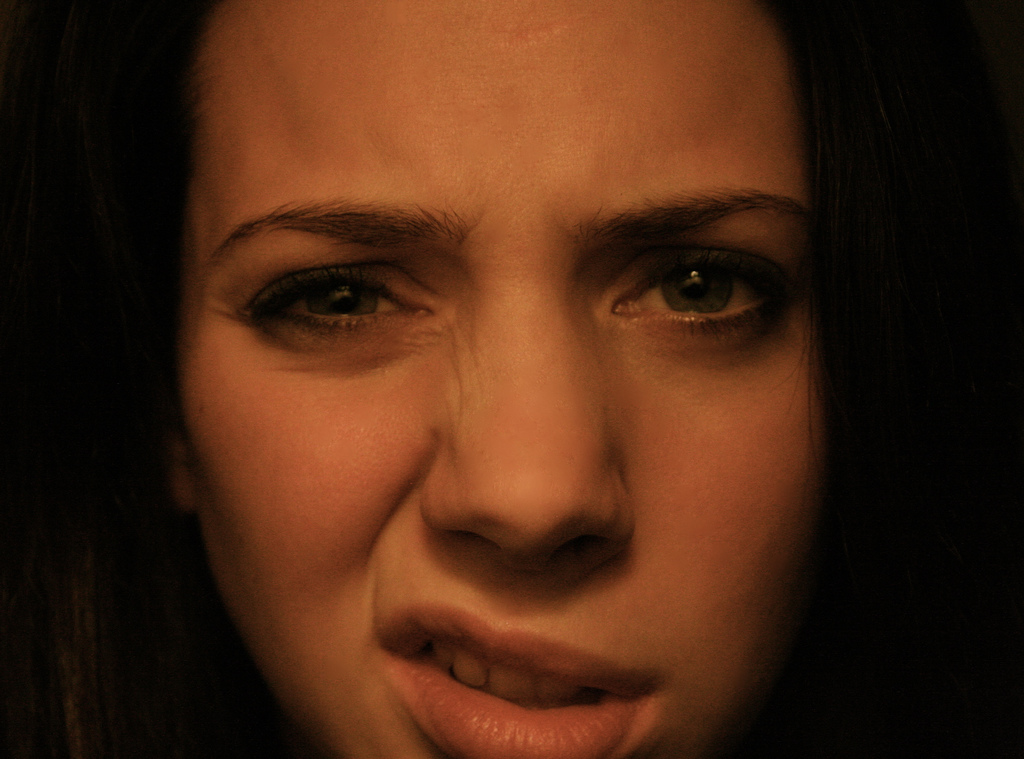 I mean I know I've got style, but never thought it would cause so many reactions.

We Left. We went to bed so late that night! It was AM on my phone when I looked before falling asleep. AM !!!

The next day though, I felt fine! Hangovers aren't so bad, and I drank a lot! Like 2 1/2 glass of wine! Although that afternoon I took a longer nap than usual, actually I started in the metro on the way home from my training session.

What a night! I wouldn't do it everyday, but I have to admit going out was fun. It's for sure a must do in the off season!